Martin Hofmann is an organist at the Ev.-luth. Stabkirche in Hahnenklee and caretaker of the marvellous historic Christoph-Treutmann-Organ (1737) in the Stiftskirche St. Georg in Grauhof. In these two churches he also organizes well-received concert series. Martin Hofmann is a renowned concert organist, and also an organ consultant as well as a teacher for organ and piano.

Martin Hofmann studied church music (A) at the Staatliche Hochschule für Musik und Theater in Hannover and also organ at the Akademie für Alte Musik in Bremen and at the New England Conservatory of Music in Boston, where he achieved the Artist-Diploma Degree. His teachers were Johannes Baumann, Cornelius Schneider-Pungs, Ulrich Bremsteller, Harald Vogel, and William Porter.

In several masterclasses with leading organists — including Almut Rößler, André Fleury, Xavier Darasse, Sergio Vartolo, and Gillian Weir — he could deepen his knowledge about interpretation and performance practice of different styles and periods of organ music. Study on many historic organs in Northern Germany, France and the Netherlands further refined his registration and playing technique. After Martin Hofmann won the international IV. Concours d’interpretation à l’orgue “César Franck“ in Toulouse (1989) he played many concerts in Europe and the USA. He also appeared on radio and television and recorded several CDs.

Martin Hofmann plays organ music of all styles. Very much —of course— he likes the music of Johann Sebastian Bach, also the Northern German Organ music or the French Romantic Music, and thereof especially the music of César Franck. Also the German Romantic finds his love — always depending on the organ which he is allowed to play.

Furthermore, Hofmann is a specialist in playing together with choirs, orchestras, soloists and ensembles as well in symphonic settings as in chamber music. He appeared, for example, with Poulenc’s Organ Concert or with the “Organ Symphony“ from Saint Saëns, as accompanist in many large and small instrumented works (from “Alpensinfonie“ over “Missa solemnis“ through to John Rutter’s “Requiem“). As continuo player he took part in many oratorios, cantatas and mass compositions, as accompanist he worked together with many soloists and instrumentalists.

Martin Hofmann was organist and cantor at St. Albans-Church and at the Christuskirche in Hildesheim, at St. Jacobi in Bramstedt, St. Luke’s-Church in Bedford (MA/USA), St. Marien in Stralsund and at St. Trinitatis in Wolfenbüttel. Furthermore, he was “singwart“ for the Ev.-ref. Kirche in Northwest Germany, organ consultant for the Pommersche Evangelische Kirche and the Braunschweiger Landeskirche as well as teacher for Organ and Improvisation at the Institut für Kirchenmusik at the University in Greifswald and at the Institut für Kirchenmusik in Halberstadt. 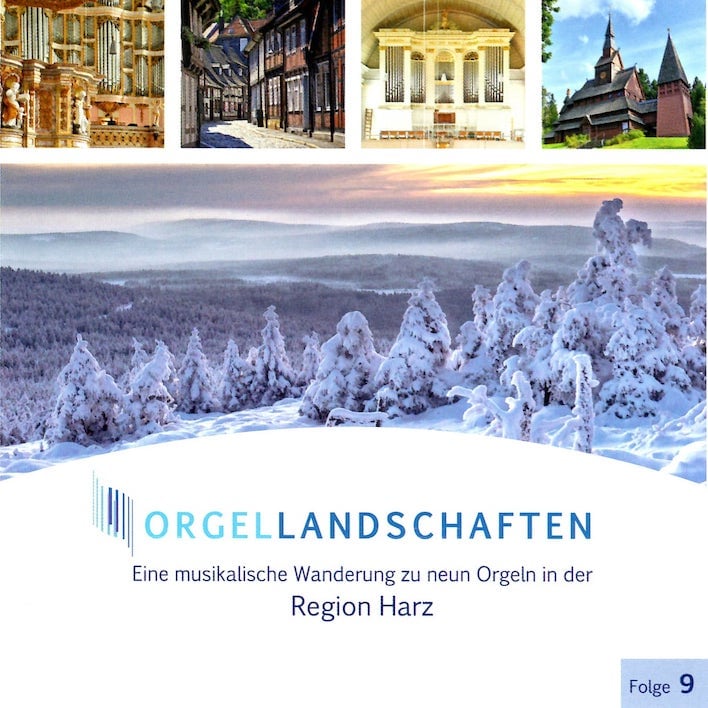 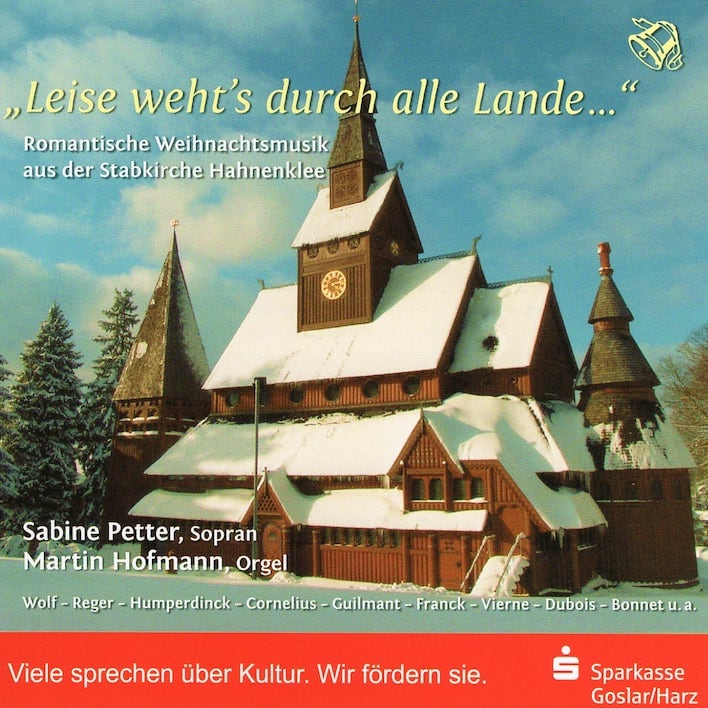 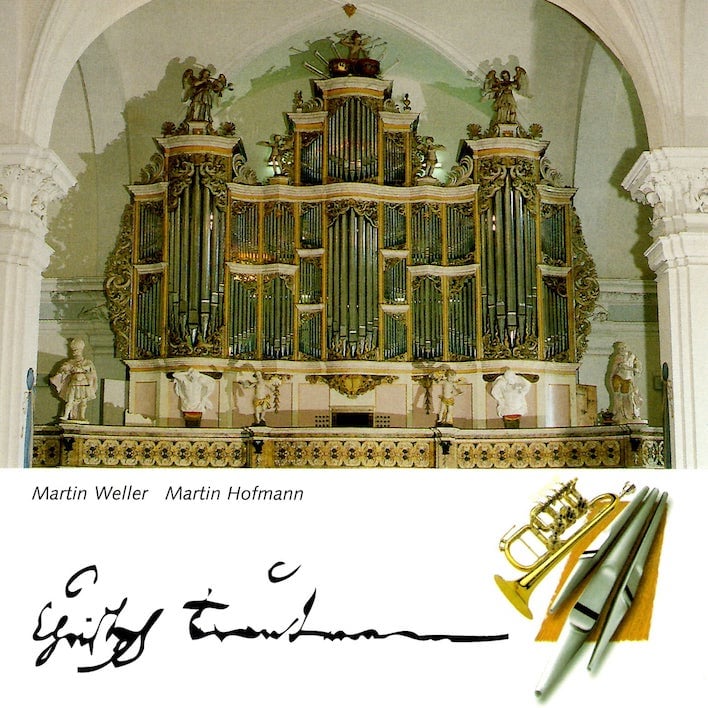 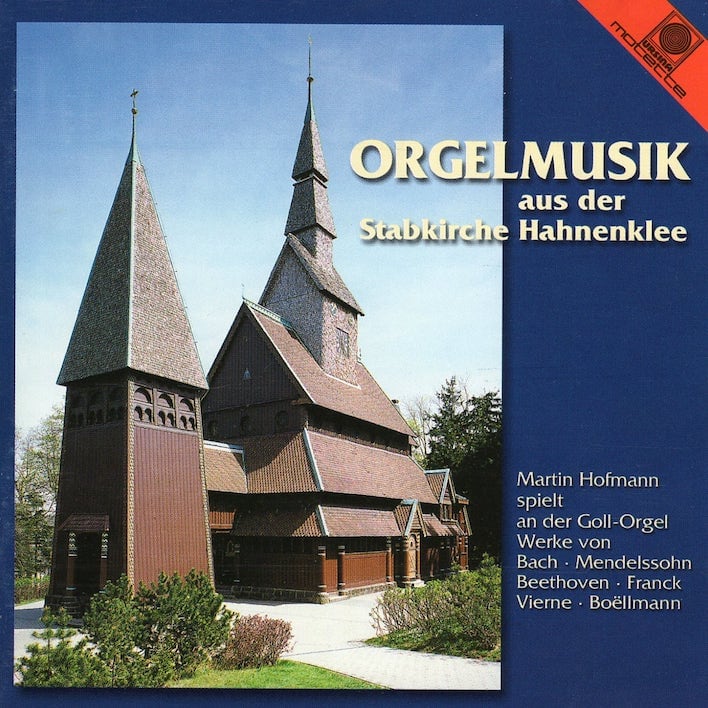 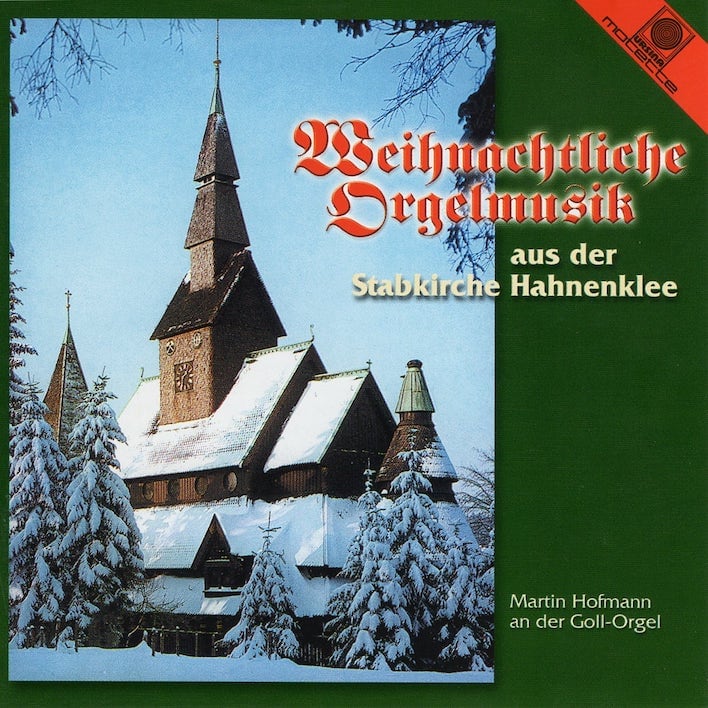 Martin Hofmann plays works from Buxtehude, Bach, Krebs, Lefébure-Wely, Franck, Hiller and others at the Goll-Organ
© 2000 Motette Ursina
For orders, please use the contact form (only ships within the EU):
Price: 10 €, Shipping: 2,50 €, Order number: CD-01 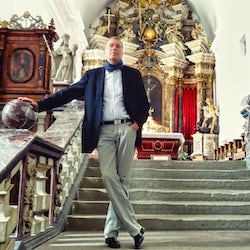 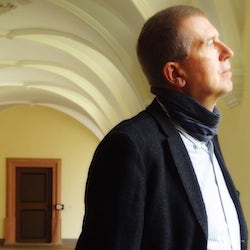 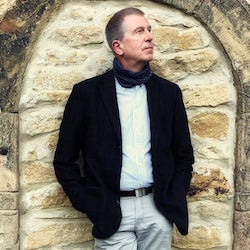 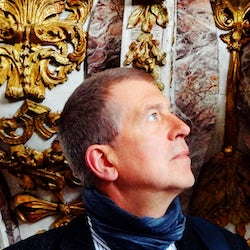 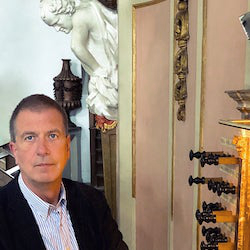 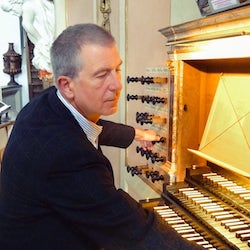 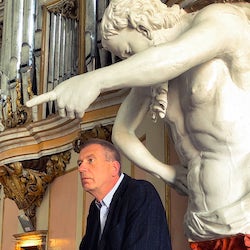 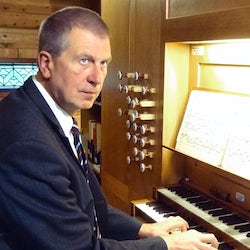 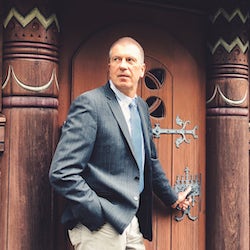 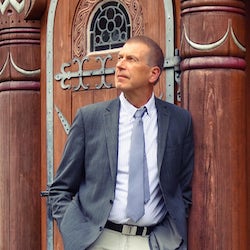 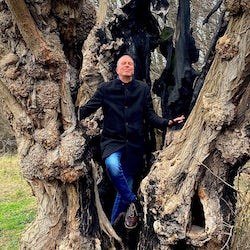 For your request and orders please use my contact form.
I will get back to you as soon as possible. Thank you!
✕

1. Limitation of liability for internal content
The content of our website has been compiled with meticulous care and to the best of our knowledge. However, we cannot assume any liability for the up-to-dateness, completeness or accuracy of any of the pages.

Pursuant to section 7, para. 1 of the TMG (Telemediengesetz – Tele Media Act by German law), we as service providers are liable for our own content on these pages in accordance with general laws. However, pursuant to sections 8 to 10 of the TMG, we as service providers are not under obligation to monitor external information provided or stored on our website. Once we have become aware of a specific infringement of the law, we will immediately remove the content in question. Any liability concerning this matter can only be assumed from the point in time at which the infringement becomes known to us.

Limitation of liability for external links
Our website contains links to the websites of third parties (“external links“). As the content of these websites is not under our control, we cannot assume any liability for such external content. In all cases, the provider of information of the linked websites is liable for the content and accuracy of the information provided. At the point in time when the links were placed, no infringements of the law were recognisable to us. As soon as an infringement of the law becomes known to us, we will immediately remove the link in question.

Copyright
The content and works published on this website are governed by the copyright laws of Germany. Any duplication, processing, distribution or any form of utilisation beyond the scope of copyright law shall require the prior written consent of the author or authors in question.

Data protection
A visit to our website can result in the storage on our server of information about the access (date, time, page accessed). This does not represent any analysis of personal data (e.g., name, address or e-mail address). If personal data are collected, this only occurs – to the extent possible – with the prior consent of the user of the website. Any forwarding of the data to third parties without the express consent of the user shall not take place.
We would like to expressly point out that the transmission of data via the Internet (e.g., by e-mail) can offer security vulnerabilities. It is therefore impossible to safeguard the data completely against access by third parties. We cannot assume any liability for damages arising as a result of such security vulnerabilities.
The use by third parties of all published contact details for the purpose of advertising is expressly excluded. We reserve the right to take legal steps in the case of the unsolicited sending of advertising information; e.g., by means of spam mail.

External links
Our website contains links to the websites of third parties (“external links“). As the content of these websites is not under our control, we cannot assume any liability for such external content. In all cases, the provider of information of the linked websites is liable for the content and accuracy of the information provided. At the point in time when the links were placed, no infringements of the law were recognisable to us. As soon as an infringement of the law becomes known to us, we will immediately remove the link in question.